When Down Is Up: Why the New Playbook for Growth Must Include Digital Transformation 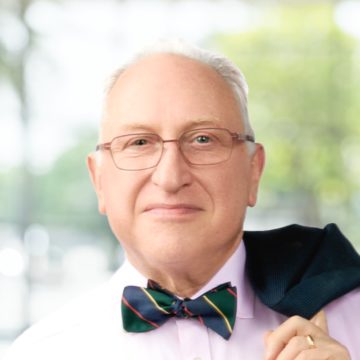 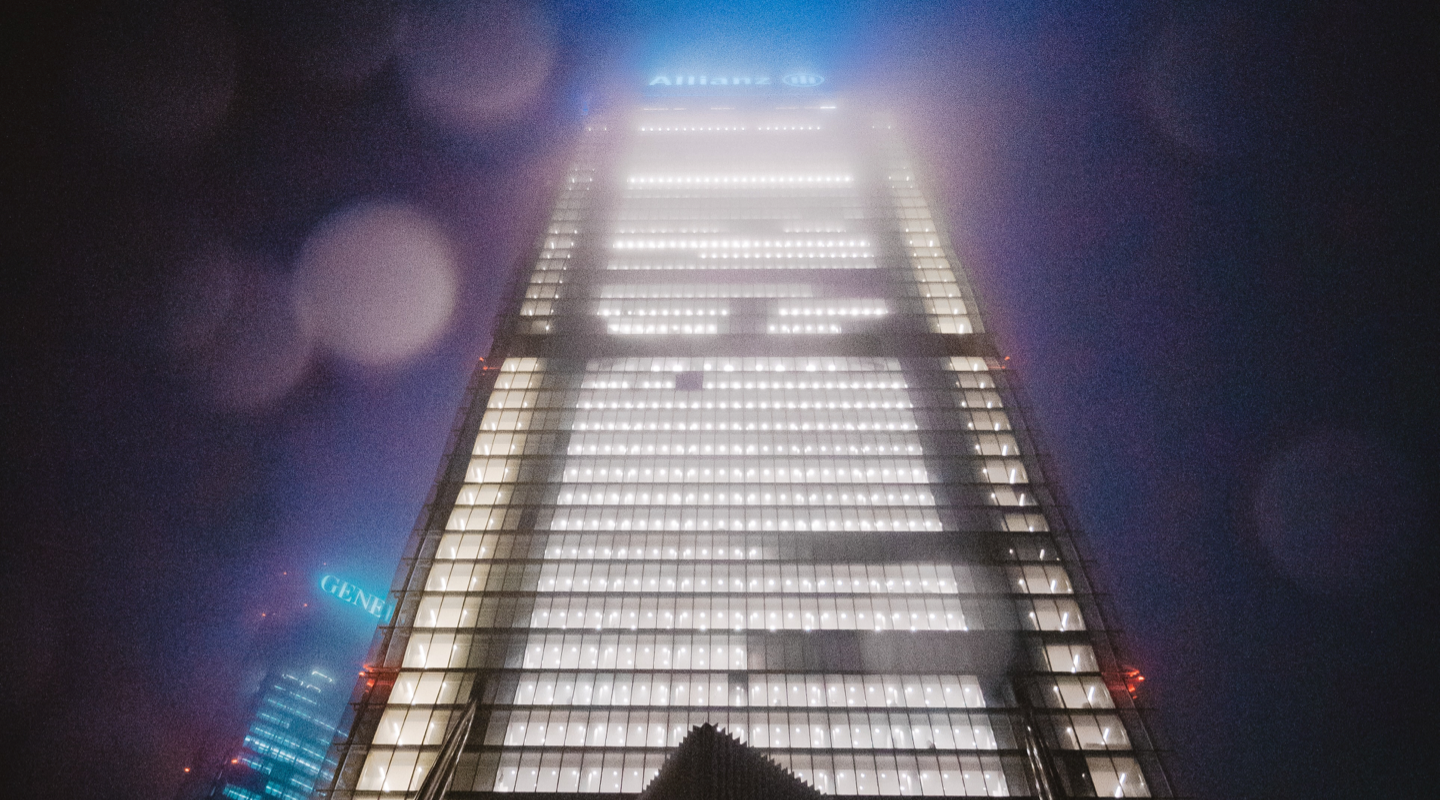 Chief Executive Officers and growth investors need to pay attention. The traditional playbook that for decades has guided companies, private equity, and investment firms to acquire, grow and exit companies with the highest valuation and return no longer works.

A new playbook needs to be developed, and central to its success must be the incorporation of Digital Transformation (DX).

Down is Now Up

Leaders and investors need to confront a new reality. Nearly everything they built their past success on
has shifted. Consider:

The Case for DX

Recently, Chris Moye, former Chief Transformation Officer at McKinsey, and I spoke at length over several days. These conversations provided insight as to why DX is a “must be undertaken” initiative for any company that wants to sustain growth and become more relevant to its customers and marketplace today.

The first of a three-part series, this article details the context for and reasoning behind DX examines its place as the latest expression in a through-line of major business movements over the past five decades and calls out the critical need to involve people to affect a successful DX implementation.

Article # 2 will be a case study of the highly effective DX initiative that Chris Moye drove and implemented as CEO of Crossmark Technologies. The final article will present an overview and synopsis of the principles and framework for a successful Digital Transformation.

Connecting the Dots: The Through-Line of Business Movements

To fully appreciate DX and its power to bring an unprecedented level of transformation to an enterprise, it is first necessary to understand what came before.

There is continuity, a through-line spanning the major business movements over the past 50 years. This through-line centers around addressing people and organizational issues to deliver greater operational efficiencies and produce better outcomes.

Just-in-Time Manufacturing, (JIT), Total Quality Management (TQM), Supply Chain Management (SCM), and Business Transformation are several of the major movements on this through-line. Historically, each of these different business movements were natural outgrowths of what had come before. And, as each movement built new capabilities on its predecessor’s foundation, it also introduced a more holistic and complete approach to driving better results.

However, from a practical implementation perspective, each of these methodologies was most often applied in discrete areas of a business, not across the total enterprise. Despite the often-impressive results each delivered, they were still primarily considered isolated activities within one business area or function.

The latest methodology in this through-line of business movements that drives better outcomes is Digital Transformation (DX). Like its predecessor movements and methodologies, in practice, DX is rarely understood as a comprehensive set of activities with the ability to transform the entire enterprise.

First, both digitization and digitalization can be, and have been, treated as projects and/or siloed sets of activities. DX, on the other hand, should be understood as a broader set of activities having the potential to alter the fundamental fabric of a company.

However, just like the movements preceding it, DX is predominantly understood and implemented as a narrow set of activities focused purely on digitalization and digitization. Rarely is DX looked at as a critical set of activities that have existential ramifications for a company.

The Evolution of Prior Business Systems Set the Stage for DX

JIT ultimately spawned the TQM movement, leading Motorola to establish an ambitious set of quality goals and the statistical means to measure their success. This approach became known as Six Sigma.

The production line also became the foundation for what we now call SCM. First envisioned as a closed- loop, time- and cost-efficient system of connecting suppliers to manufacturers, SCM would evolve over the next several decades to be recognized as a set of operational and organizational principles that extend beyond logistics in a manufacturing environment. This extension includes procurement, logistics, operations, marketing, and sales, in addition to manufacturing.

As technology evolved from large and expensive mainframes to the first generation of mini-computers, Material Requirement Planning (MRP) systems were introduced. The leveraging of Relational Database Management System (RDBMS) technology into the manufacturing environment marked the introduction of a stand-alone enterprise software application. Soon after, Enterprise Resource Planning (ERP) applications were born, converting the components of a financial system into software.

Still leveraging the RDBMS, ERP then began to drive B2B enterprise software as a category.

At some point in this technology trajectory, the software systems being developed began to move outside of individual functional and business unit relevance. Software systems began to connect more parts of what were disparate components of the enterprise, leading to the first stand-alone modern SCM systems/technology platforms. These platforms incorporated the broader principles of SCM into MRP and ERP systems.

Meanwhile, ERP systems continued to evolve, incorporating more interconnected modules representing different functional and business areas of the enterprise. ERP (and to a lesser degree MRP), would move away from the pure manufacturing sector and into every global market, fueling the tremendous overall growth of the B2B enterprise software sector.

As ERP systems became more advanced, so too did SCM. The best SCM platforms drove more efficient management of the logistical and supply chain spanning suppliers to distributors, the cross-functional and cross-departmental processes, and communications within a company, to a company’s efforts at successfully delivering their products/goods/services to the marketplace and their intended customers.

The next major business movement following SCM was Business Transformation. In the past 10 – 15 years, all the large technology/system companies, major integrators, and strategic consulting firms have established Business Transformation practices. Each delivered its version of a model that took the principles, best practices, processes, and structural approaches that had been earlier defined in JIT/TQM/Six Sigma and SCM and began to marry them to the increasingly digitally connected enterprise.

This evolution of hardware and software, from the production line to SCM, has had a profound effect.

It has altered the level of responsiveness that we expect from the businesses from whom we purchase goods and services, while it has increased the speed with which businesses can see the impact of the delivery of goods and services into the marketplace. In short, we are living and working in a rapidly changing world where the speed of change is accelerating. Disparate systems and business areas that used to be stand-alone are now connected, and the dominant enabler of this acceleration and increased connectivity is technology.

In the mid-2000s, because of the search work I was involved in and the executives I interviewed, it became clear that to successfully implement a comprehensive SCM transformation, not only was change needed in systems, processes, and the technology platforms in which these systems and processes resided but that people’s behavior needed to change as well.

Behavioral change starts with assessing how people currently think about and perceive what they and others are doing. Once this understanding is acquired, people can move along the often-complex pathway toward understanding how to change their thinking and actions.

The ability to successfully implement an SCM that truly alters the trajectory and results produced in a business rest on the ability to change how people think. If this does not occur, the new systems, processes, and technology platforms that are introduced will not substantively alter results.

Enter the concepts and distinctions of Change Management, which by the mid-1990s was becoming a commonly accepted term discussed in businesses and corporate board rooms. The principles of Change Management, which had existed in academia since the 1950s, were now being translated into actionable processes that had at their core an understanding of how humans and human systems (organizations and cultures) understand and experience change.

It was in the early 2000s that Change Management squarely moved from a set of principles outlining best practices to a disciplined and formalized structure. And many practitioners implementing these best practices of Change Management, which touched on all areas of an enterprise, began to call what they were advocating Business Transformation.

By the early to mid-2010s, all the large technology/system companies, major integrators, and strategic consulting firms had established Business Transformation practices, each delivering their version of a model that took the principles and best practices of change management and integrated them with the processes and structural approaches that had been earlier defined in JIT/TQM/Six Sigma and SCM.

DX: The Next Iteration of Business Transformation

DX is the latest logical extension of Business Transformation, standing on the shoulders of all the preceding business movements over the past 50 years and leveraging the advances in technology spanning software and hardware.

The big difference is that in today’s enterprise we are better able to see that different functional and business areas, which previously seemed disparate, are connected. The enterprise is equally connected to its vendors, suppliers, and its customers. These connection points exist digitally where they can be accessed and managed in the software systems and platforms used to run our enterprise, and a business intelligence infrastructure can be created that allows us to better access and manage these connections.

The digitalization of processes and the digitization of data means that everything is moving faster. Every functional and business area no longer operates in a silo. We see and experience the impact of one area on another at a much faster pace.

Everything is connected, and those connections can be seen and felt faster than ever before.

DX is not and cannot be an isolated set of activities relegated to one function, business area, or set of processes. Given the interconnectedness of the total enterprise and external world, DX must be undertaken in the context of the whole.

Next in this series: Learn how then-CEO Chris Moye led a highly successful DX transformation at Crossmark Technologies.

Greg Selker is a Managing Director and the North American Technology Practice Leader at Stanton Chase.