The World Faces Shortages as Supply Chains Suffer in Crisis 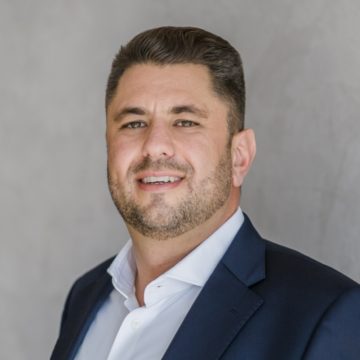 Manufacturers who secured against risk will lead the way to recovery

As the repercussions of the coronavirus pandemic have been felt around the world and across every industry, an early March survey by the Institute for Supply Chain Management revealed that almost 75% of companies globally had already reported disruptions to their supply chain due to transportation restrictions. Almost half said their company had no contingency plan in place for supply disruptions from China, and two-thirds of respondents reported delays in receiving Chinese orders. Adding to this the issue of China’s murky public access to information, cited by 53%, it is clear the current crisis highlights a problem which globally active companies have known for a long time: the fragility of global supply chains.

Even before this current outbreak effectively shut down the world, the cracks in the clay were already visible with the United States’ trade war with China last year. In 2016, a series of earthquakes in Italy sent the global agricultural machinery sector reeling. And, back in 2011, the Fukushima reactor catastrophe saw companies in Europe, the United States, and China cutting back and suspending production as entire industries in Japan were no longer able to deliver.

Prior to 2016’s earthquakes, Italy supplied a large part of the world’s agricultural machinery tires. Due to the destruction of infrastructure and the associated freeze on delivery, manufacturers from the United States and Europe were unable to deliver machines to customers for weeks on end because of the interruption to a sensitively timed supply chain. Alternative suppliers were either not available or were unable to compensate for the failed capacities.

Individual global players in the industry have long understood the challenges that we find ourselves now facing, and we have a lot to learn from their approach. At the time, manufacturers were ridiculed for securing their supply chains through digitization and setting up early warning systems as part of risk management. Critics derided these moves as expensive and unnecessary, but now it becomes clear that their tactic of adapting purchasing strategies to build second-source qualifying suppliers and diversifying the supply chain has paid off.

Now that virtually every sector has come to a standstill – in part because states have mandated lockdowns and also due to a lack of raw materials – the previously shamed industries like agricultural machinery and individual plant manufacturers have been proved right.

The world is grappling with the consequences of entire provinces in China having been effectively sealed off, and work at factories grinding to a halt. Even a common second source of production, Eastern Europe, has been hit by border closures, which pose a threat to the supply chain. Thus, the past expense by certain manufacturers of developing alternative suppliers and investing in digitization and automation has paid off in dividends. In contrast to other industries, production continues almost as usual.

Industries that didn’t invest in securing their supply chain are suffering now. The pharmaceutical industry, for example, is experiencing just how difficult it can be when more than 80% of the global production of active ingredients is based on raw materials hailing from China or India that are suddenly no longer available or can’t meet demand. The term “cluster risk” is a reality here.

Over the past 20 years, supply chains have been primarily geared toward maximum cost efficiency and the expansive Chinese market. The consequences of this have been excellent profits in good times and the collapse of entire industries in bad times — with devastating consequences for everyone.

From conversations with our clients, studies by well-known management consultancies, and also from the lessons that history has taught us, we know that there is indeed an endemic problem that needs addressing. Sourcing and supply chain management must become a priority in the future, and digitization and automation will decide who remains on the market and who disappears. The establishment and qualification of new suppliers on different continents and the expansion of the supply chain will increase the unit costs and thus reduce margins.

Gabriel Kiefer is a Partner at Stanton Chase Dusseldorf.