Tenure vs. Talent: Who Are You Playing? 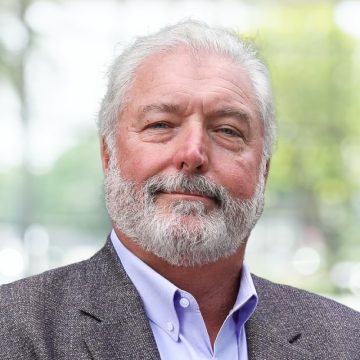 As a former University of Alabama football player and a current leader in an executive search firm, I have been watching Alabama’s current football quarterback situation with much interest. As some may recall, in the second half of the 2017 National Championship, Alabama Crimson Tide Head Coach Nick Saban pulled starting Quarterback Jalen Hurts from the game and replaced him with freshman Tua Tagovailoa, who went on to make the spectacular game-winning throw in overtime to clinch the game and deliver Alabama another National Title.

Up to that point, Hurts had been extremely successful, leading the team to a 26-2 record in his first two years and taking them to back-to-back championship games.  Nonetheless, Saban believed Tua to be the stronger talent, electing to name him as the starter going into the 2018 season. That left many wondering what would happen to the overlooked upperclassman—the one who had led them to so many wins. Would Jalen stay at Alabama in the role of the backup? Or would he transfer and take critical information about Alabama’s program with him?

I couldn’t help but draw parallels to a conundrum some organizations are finding themselves in: What do you do when your junior talent surpasses that of your tenured employees?

Case for Talent over Tenure

Companies, like sports teams, are becoming increasingly more team and project-based, and the prevailing mentality of promoting people based on their tenure with the company has shifted to finding the best person for the team or project. Using one set of players with the same set of talent isn’t going to create success in every situation. As technology shifts the way people work and how we identify key talent, it is imperative that organizations promote and hire the talent that is going to be most successful given the current situation.

The benefits of promoting and hiring for new roles based on talent are rather straightforward: In doing so, companies become more innovative and agile. They also create more engagement with the organization because employees are provided opportunities to demonstrate and enhance their potential. This leaves more room for coaching and increases the capability of the people on the team. Leadership can provide employees with the feedback and coaching that drives success due to the nature of working on a specific objective. On a basic level, this idea is effortless and invigorating: identify the project and objectives, assemble a group of specialized talent, and create fantastic results.

Predictably, this mentality can create some pushback from current employees. Many employees stay with an organization with the understanding that the more time they put in, the more opportunities they will have to grow and advance within the corporation. When these employees are bypassed in favor of junior talent, this can breed some discontent. Long-tenured employees may feel threatened and seek other places of employment, taking with them their experience and deep understanding of the company.

Additionally, this situation can be problematic for newer hires. If the organizations’ hiring and promotion practices create a sense of malaise and confusion regarding their future with the organization, then employee engagement and employee loyalty will suffer. In both situations, this generates more turnover and waste valuable resources in terms of the time and money spent on training and transitioning their replacements.

All eyes were on Jalen Hurts as Alabama named their starting quarterback this fall, the media insatiable with curiosity if he would stay on the team that had replaced him or transfer to another school that would laud his talents and give him the opportunity to play. This posed a conundrum for Coach Saban. If Hurts were to leave, he would take with him a vast knowledge of Alabama’s program that could weaken their opportunities for success against future opponents. In the same way, organizations must get their tenured employees to share their breadth of experience with less-tenured talent in a different, mentoring capacity.

The answer to this problem is both simple and very difficult: Engagement. If an employer can foster engagement within their organization, they can overcome these difficulties and maintain the best of both worlds: the loyalty of their employees at all levels, with the employees’ talents in the right places to generate success.

A GALLUP poll found only 29% of all employees are engaged in the company’s mission. Despite the fact that engaged employees are “productive, profitable, safer, create stronger customer relationships and stay longer with their company than less engaged employees”, they make up less than a third of the workforce. Engagement drives success within an organization, and keeps employees at their organization longer, creating the best of both worlds.

This leads us to the critical question: How does an organization keep all its employees engaged? The answer boils down to good, sound leadership. The organization’s leaders must develop a culture of engagement by implementing good practices that benefit their employees and ultimately further the company’s mission. To do this, they should:

Utilize Effective Communication: Clearly communicate goals and give feedback valuable to both the employee and for the organization’s mission at large. Keep all parties in the loop without bombarding people with too much useless information. Balance is key here. A good leader will facilitate expectations regarding communication at all levels of the organization and create a standard of communication without micromanaging.

Be Transparent with Goals: Getting everyone on the same page makes employees feel included, and gives them a sense of perceived control: that the organization is working toward the next steps together, each person’s impact noted.

Give Appropriate Feedback: With the wide range of tools available to measure engagement, it is easier than ever for leaders to assess employees’ talents, gauge their interests, and understand the employees’ professional needs and how the organization can develop them in a way that benefits both the individual and the organization.

Coach Saban had a difficult decision to make when the time came to select a quarterback, but ultimately his most strategic move wasn’t naming a starting player; it was his ability to keep Hurts engaged in a different capacity. Jalen wouldn’t be starting in the games, but he would have a critical role to play in strengthening the team’s quarterback play and mentoring to the younger players with whom he had existing relationships. His strengths were still being used to make a difference for the team, and he understood he was valued and had opportunities for growth. As organizations battle for success in an ever-increasingly global economy, it is imperative that they strike this balance between keeping talent at the forefront while keeping tenured employees feeling engaged and valued.