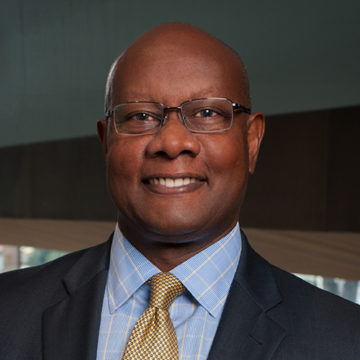 In this capacity, he joins Juan D. Morales, Managing Director of the Miami office of Stanton Chase, a global retained executive search firm with more than 70 offices in 45 countries.

Prior to joining the Miami office, Lawson was a Director with the Stanton Chase offices in both New York and Nashville.

“Peter brings a wealth of experience to Miami,” said Morales. “He is a distinguished executive who has lead operations, marketing, strategy, and mergers and acquisitions in the United States and around the world. In addition, he has served as a senior management consultant and advisor to numerous Fortune 500 companies.”

“It is a distinct pleasure to join Juan and the Miami team,” said Lawson. “We have many opportunities to grow globally and regionally from Miami. Our skill sets, while different, are complementary in that the singular goal is to recruit and place the finest executives and board directors to lead our clients into the future.”

Lawson has held executive positions with The Coca-Cola Company, Royal Dutch Shell, and Tyco Fire & Security. In these capacities, he has spearheaded operational and strategic initiatives in more than 100 countries. He has lived and worked in the United States, Europe, Latin America, Africa, and Australia. Lawson has deep board-level and C-suite experience, and he has coordinated several internal searches prior to joining Stanton Chase.

Lawson has also served as both Chairman and Board Director of companies in the consumer products, financial services, oil and gas, port services, and engineering sectors.

While at Royal Dutch Shell in London, Lawson served as Senior Corporate Advisor, advising the Executive Committee of Managing Directors on major oil, gas, and renewable energy investments, cross-business strategy, mergers and acquisitions, and corporate affairs for Latin America and Africa. He was also integrally involved in the selection of candidates for Country Chairman for Shell’s operations in each market. He has been an advisor to boards, CEOs, and private equity funds on strategy, organizational design and structure, mergers and acquisitions, and the assessment and selection of executives for key leadership positions.

Lawson received his Bachelor of Arts degree in music and economics from the University of Florida and a Master of Business Administration degree from Emory University. He also completed executive programs in Mergers and Acquisitions at the University of Chicago and both Scenario Planning and Valuation at Oxford University in the United Kingdom.