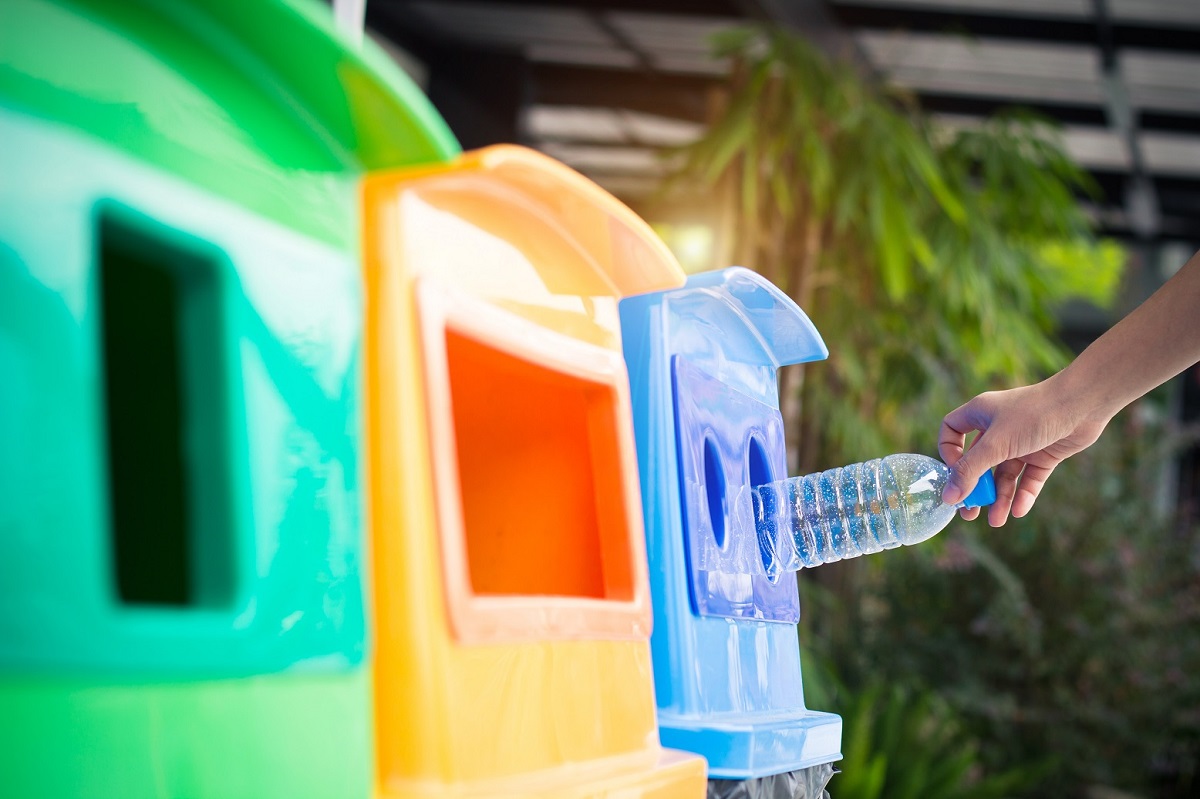 Plastics Producers Look Beyond the Industry for Sustainable Innovation

In 1950, there was almost no plastic production in the world. Just 65 years later, in 2015, “over 320 million tons of polymers, excluding fibers, were manufactured across the globe.”[1] The use of plastics grew exponentially in a short period of time, but the revolt against plastic has begun and spread even more quickly.

“[There] is a worldwide revolt against plastic, one that crosses both borders and traditional political divides. … The United Nations has declared a “war” on single-use plastic. … The most astounding thing about the anti-plastic movement is just how fast it has grown.”[2]

The 20th century saw plastic revolutionize the world, as then-new polymers changed the way many products were made and used. In the 21st century, the world is pressuring the plastics industry to revolutionize because even though plastic products are useful in homes and businesses, plastics are increasingly polluting the world and having a harmful effect on it. The industry must change going forward, and it will require high-level leadership and talent to do so.

Plastics Are Polluting Much of the World

At both a macro and a micro level, plastics are accumulating in much of the world and having a negative effect on it.

Perhaps the most visible plastic pollution is in the oceanic garbage patches, where plastic waste is devastating marine life en masse. Particularly problematic in the Pacific Ocean, these expansive patches have entire products on the surface of the water, microplastics clouding the water itself, and, likely, large heaps of waste on the seafloor below the debris. Many animals, including birds, turtles, and others, have been found harmed or killed by this waste matter, and even more sea creatures are probably ingesting the microplastics as they swim through the region.

People don’t have to travel to the Pacific Ocean to see plastic waste that’s not biodegrading, however. A simple drive to the grocery store will likely reveal stray plastic bags, cups, straws, containers, and other items that have been littered around town.

These reports and findings make it clear that the plastics industry must change, and pressure to create more sustainable plastic solutions is quickly mounting. As people learn that they eat and breathe in an estimated 50,000 plastic particles annually, there is an increasing awareness that the problems caused by plastics aren’t just limited to the environment. The problems are becoming personal, and public calls for change are growing.

Legislation Is Being Passed to Combat Plastic Pollution

Moreover, public outcry against the current production and use of plastics isn’t stemming only from environmental and public health advocates. The push for a plastics revolution is now a mainstream argument, and legislation is being passed to curtail certain types and uses of plastic-based products.

Most notably, the European Union has instituted a ban on single-use plastic bags like those used in many stores. These bags are no longer allowed, and people must either rely on paper or reusable bags instead.

In the United States, New York is the most recent state to institute a comparable ban on single-use plastic bags. Other states also have bans enacted or are considering such laws, and a number of local municipalities have their own regulations too.

The Plastics Industry Must Look for Solutions

In light of the growing evidence, sentiment, and legislation, the plastics industry has to look forward for solutions. Leaders and businesses in the industry shouldn’t mistakenly assume that the bans will stop with the current bag legislation, as this was simply low-hanging fruit that governments could address easily. As public opinion continues to develop, more legislation against various plastic products is likely to follow.

Broadly speaking, the industry needs to shift away from one-way plastic products that have short-term use and move toward more sustainable solutions.

Some plastic products, such as straws, cutlery, dishes, and cups, are already being replaced with alternatives that are either reusable (e.g., stainless steel, glass, and porcelain products) or compostable products (e.g., bamboo pulp and paper products).

While these alternatives are helpful, they obviously aren’t ideal in all situations.

For consumers, there are reasons why many plastic products are favored over alternatives. Plastic insulates well, doesn’t break easily, and is generally impermeable, and none of the aforementioned alternatives have all of those qualities.

For people and businesses in the plastics industry, most of the alternatives currently being used aren’t plastic. That’s simply not good for business, and the industry must adapt if it hopes to continue to survive and grow.

One place that holds promise for the future of the plastics industry is the circular economy. In essence, this is a recyclable-friendly model that allows plastic products to be reused. The circular economy provides the shift that the industry has to make from single-use products to more reusable and sustainable ones.

Moreover, it’s not just industry insiders who see promise in the circular economy. The European Union recently held a breakfast debate on plastics recycling, and the governing body has stated that the circular economy is an integral component of Europe’s long-term plastics strategy.

Moving toward a recycling-based circular economy won’t be an easy transition for the industry, however. According to the EU, only 6 percent of the plastic used in Europe is currently recyclable. Increasing that to a much more sustainable number will require quite an effort ― and those in the plastics industry will have to collaborate with businesses from other industries.

Specifically, this effort will require cooperation from all of the following:

To bring this all together, businesses in the plastics industry also need visionary executives who can coordinate between multiple companies and industries ― and who can implement innovative changes to lead plastics businesses into a future that’s based on the circular economy.

Many Companies Are Already Pursuing a Recyclable Future

The good news is that many companies and other parties are already researching and/or implementing changes that will make the plastics industry a more environmentally and humanly friendly industry. The following are just some of the many notable projects that organizations in the industry have undertaken:

In order to achieve the changes that must be made, plastics producers and others in the plastics industry have to look beyond just the industry when acquiring talent. Along with these sorts of partnerships, businesses will also have to find top-tier talent from other industries.

Some areas where plastics producers will find the highly qualified professionals that they need include the:

Find the Right People for Your Plastics Business

To find the right people who can help your plastics business, contact a Stanton Chase consultant. We’re aware of the challenges that the plastics industry is facing and where it needs to go, and we have the resources necessary to help businesses in this space find the leaders and high-level professionals that they need to successfully move forward.

5 Questions to Ask When Considering Layoffs