Hydrogen Energy Is the Future: Do You Have the Right Talent for It? 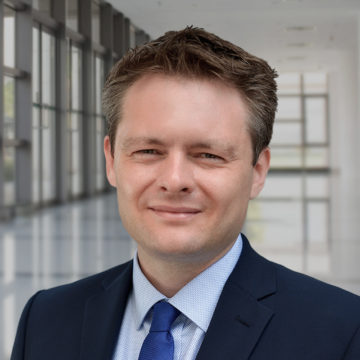 Hydrogen is a clean, simple, and flexible energy carrier. An energy carrier serves as an intermediary between an energy source and its end use. Therefore, energy carriers transmit energy. Due to hydrogen’s high efficiency and environmental friendliness, many believe it could one day become the fuel of the future.

Zero emissions are one of the main advantages of hydrogen power. Hydrogen burns without producing greenhouse gases, and the only byproduct is water vapor. It is also possible to extract hydrogen from water (H₂O) and methane (CH₄), so its potential supply is almost limitless.

This almost perfect fuel has the disadvantage of being expensive to produce and requiring substantial amounts of energy to store and compress. Despite this, hydrogen power is gaining momentum around the world and is gradually becoming more mainstream.

Not All Hydrogen is Green Hydrogen

The hydrogen content of the Earth’s atmosphere is only 0.000055%. Hydrogen is one of the most abundant elements in the universe, but it is exceedingly rare in its pure form here on Earth. If we want to use hydrogen to power our cars and businesses, we must produce it ourselves.

A process called steam reforming produces 95% of hydrogen gas. Steam reforming uses high-temperature steam (700°C–1,000°C) to convert methane (CH₄) into hydrogen. Although this technology is the cheapest, it also emits a great deal of carbon dioxide, which contributes to global warming.

Electrolyzing hydrogen atoms in water can produce hydrogen gas in a more environmentally friendly manner. “Green hydrogen” is the end product. The energy required for electrolysis is entirely provided by renewable sources, such as wind or solar energy. This process is the only ecological and climate-neutral method of producing hydrogen.

The demand for hydrogen propulsion continues to grow despite the difficulty of producing green hydrogen and the lack of infrastructure. Germany, the Netherlands, and Scandinavian countries account for most of the European demand.

The Czech company 2JCP recently established a joint venture with Siemens to manufacture electrolyzers for them. The first three complete Silyzer 300 electrolyzers 2JCP produces for Siemens will travel to a Denmark for further utilization.

Investors and Organizations Continue to Bet on Hydrogen

Hydrogen power, or the idea thereof, has taken the world by storm. The U.S. Hydrogen Hubs Program could unlock tens of billions in private investments thanks to $8 billion in funding. Additionally, U.S. President Joe Biden recently enacted the Inflation Reduction Act. This landmark initiative potentially offers $3 per kilogram in tax credits for green hydrogen production.

The European Union needs hundreds of billions of dollars in private capital investment to reach its hydrogen energy goals. Achieving these goals would result in the production of up to 10 million tonnes of green hydrogen in the EU each year by 2030. This will require an investment of roughly €470 billion by 2050.

With the global push for net zero emissions and the incorporation of hydrogen power into our daily lives, hydrogen energy companies are attracting increasing interest.

Venture capital investments in hydrogen reached almost €2 billion in 2021. As a result of the intense interest that venture capital has shown in scaling-up this sector, the largest deals were primarily focused on hydrogen production. Early-stage investments are growing at an increasing rate, which is also causing increased competition.

The Power of Hydrogen in Europe

Europe already has several hydrogen-powered buses and trains. After four years of testing, hydrogen trains are now being launched in Lower Saxony, Germany. According to estimates, these trains will be able to run for 1,000 kilometers on a single charge, which is enough for a full day.

“This expands our business to another European territory. At the same time, we will successfully support Germany’s efforts to achieve its carbon neutrality goals,” said Mark Freymueller, Senior Vice President of Hyundai Motor Company.

However, Germany is not the only country that would like to become emission-free.

The State of California recently announced that Californians will no longer be able to purchase gasoline-powered cars after 2035. The reality is that putting this bold decision into practice is more difficult than it seems. Compared to vehicles with combustion engines, electric and hydrogen cars are significantly more expensive. Furthermore, the infrastructure required to fill up hydrogen cars is lacking.

The Industries Investing in Hydrogen

We asked Matěj Jakubec, Sales & Business Development Manager at Devinn, what industry uses hydrogen the most. Devinn is a Czech company that develops and innovates products for the automotive and energy industries. Its H2Base hydrogen generator produces energy from hydrogen and air, and the only waste is water vapor.

Matěj asserts that energy companies, real estate developers, and companies in the public and private mobility sectors are the biggest consumers of hydrogen energy.

“With rising energy prices comes an increasing demand for self-sufficient solutions for family houses. We at Devinn see an amazing opportunity in this regard. Besides our H2BASE hydrogen generator, we are now planning to develop a device specifically for the general public,” Matěj said.

“With rising energy prices comes an increasing demand for self-sufficient solutions for family houses. We at Devinn see an amazing opportunity in this regard. Besides our H2BASE hydrogen generator, we are now planning to develop a device specifically for the general public,” Matěj said.

Today, green hydrogen is mostly used in the transportation sector. Hydrogen vehicles emit no greenhouse gases, making them a sustainable mobility option. Companies like Hyundai and Toyota believe hydrogen could play a significant role in the world’s transition to clean energy.

Hydrogen Power is the Future, but Companies Lack the Right Talent

There is a desperate need for capable talent in the hydrogen and fuel cell industries. Many jobs the industry needs to fill do not exist yet. It is also common for them not to have official occupational titles that correspond to their official duties. Due to this, hiring managers may have a tough time finding candidates who have skills that correlate with the position’s requirements. This is especially true considering it is unlikely that they will find many people who have held similar jobs in the past.

The 2022 Global Energy Talent Index (GETI) sheds light on an effective strategy hiring managers can use to combat this issue: recruiting from similar industries. According to the GETI, a fifth of those hired into renewable energy jobs came from other sectors. Most candidates came from the oil and gas or power industries. Nearly a third of the individuals who switched industries did so to advance their careers. One-fifth of candidates reported switching as a result of ESG reasons. This suggests that hydrogen’s green applications may appeal to employees. Other industries could potentially provide talent for the hydrogen energy sector too. For example, the venture capital industry (since most investors are familiar with hydrogen power due to organizational and transactional evaluations) and the automotive industry (which boasts fuel cell experts).

Due to the heavy regulation that applies to the renewable energy sector, companies that manufacture renewable technologies and fuel need leaders who have experience and knowledge in the field.

Recruiting C-level executives and top management with experience in this sector is difficult due to a shortage of skills. Even equity firms investing in hydrogen energy may need to appoint a new board (or partial board) to ensure their directors have the expertise needed to engineer long-term profitability.

Companies seeking to recruit executives or management with hydrogen energy or hydrogen production know-how may need to conduct an international search in countries with a higher concentration of renewable energy businesses. Finding international candidates can be an arduous task; especially considering doing so may require the verification of international qualifications and language or cultural barriers.

Stanton Chase specializes in both local and international Natural Resources and Energy Executive Search. Whether you need a hydrogen guru to head up your investments or a chief engineering officer to oversee new hydrogen production projects, our consultants know where to find the cream of the crop. Contact us to find out how we can revolutionize your business’s leadership.

Dillon Werry is a Senior Consultant at Stanton Chase Prague and has more than 15 years of experience in executive search. He specializes in the Technology and Consumer Products and Services industries.

Barbora Dostálová is a Research Assistant at Stanton Chase Prague. She assists on IT & Technology-related projects.

Read Our Full Interview with Matěj Jakubec Below

How is hydrogen produced? What is the most ecological and cheapest method?

There are many ways to produce hydrogen, depending on its origin, and we label these with different colours (green/blue/grey).

It is also possible to produce hydrogen from natural gas. However, one of the byproducts of this is CO2. “Blue hydrogen” is the result of storing and separating carbon dioxide (preventing its release into the atmosphere). When CO2 is not separated and stored, but released into the atmosphere, it results in gray hydrogen.

It is also possible to reformat diesel into hydrogen, which is currently the cheapest but least environmentally friendly method.

How is hydrogen stored?

It is possible to store hydrogen as a liquefied or compressed gas. Liquification consumes approximately 30% of the stored energy, while compression consumes only 10% (depending on the pressure of hydrogen). Static storage of hydrogen involves bulky steel containers with a pressure of approximately 50 bar. Hydrogen is usually transported at up to 1,000 bar pressure in composite containers.

When it comes to mobility, hydrogen makes sense for larger applications (ships, buses, trains, trucks, etc.). In cars, battery power makes more sense. Hydrogen cars are basically battery cars, and the hydrogen drive serves as a “range extender”. Because of the lack of infrastructure at filling stations in Central Europe and the Czech Republic, I would not buy a hydrogen car at this point. However, I am optimistic about the future of hydrogen cars.

What do you enjoy/find inspiring about working with hydrogen?

My goal is to continue working in the hydrogen energy field for the foreseeable future. It would be a pity for the Czech Republic to fall behind Western Europe in terms of hydrogen energy.

Although hydrogen solutions often are not as cost-effective as conventional technologies, it is important to think about the future. Some people do not want to do that, but it inspires me to participate in solutions that will have a lasting impact.