From Munich to Nashville: A Director’s Journey 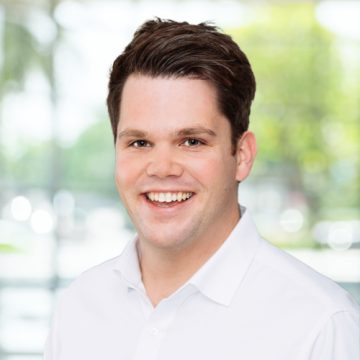 As a new Director at Stanton Chase Nashville, Tim Fetzer reflects on his move from Munich, Germany, to Nashville, Tennessee.

However, that was not the end of Tim’s relocation adventures. Stanton Chase Nashville offered him the position of Director in July of 2022. His skills were once again needed elsewhere. By September, he had packed up his house and flown to the United States of America with his family to pursue a new dream.

“My wife moved to Germany before we got married in 2020,” Tim said. “In addition to being an incredible career opportunity for me, this was also an opportunity for her to be closer to her family. We can now spend time with relatives who used to live thousands of miles away, and they can get to know our two-year-old daughter.”

Tim’s move to Nashville wasn’t his first taste of international immigration. He attended the Hult International Business School in London, UK, where he received a Bachelor of Business Administration (BBA) and lived in Switzerland and the Netherlands.

“Another factor that made the move easier was knowing some people from Stanton Chase’s Nashville office, including Daniel, Ken, and Rebecca. I met them and a number of other colleagues from that office at an event earlier this year. They’ve been incredibly open and accommodating toward me, and I feel like we’re already a tight-knit team. I value teams and teamwork. Having played ice hockey all my life, I understand that teamwork is important to your success. You cannot succeed without good teammates.”

Tim is grateful that he received the offer, having won out over others in the area.

“I feel like Stanton Chase Nashville understood I wasn’t just interested in them because they were right around the corner. I was willing to cross oceans for them, and I feel like they’re willing to do the same for me. Of course, it also helps that I’m able to bring the euro perspective to the table. I know how European companies operate and what their needs are.”

As he begins his new life in Nashville, Tim is eager to take advantage of whatever awaits him.

“Of course, I’ll always miss the colleagues I worked with in Germany. It’s always hard to say goodbye to friends, even when it’s for a good reason. Nevertheless, I know they want me to succeed, and joining Stanton Chase is the next step in my career. Plus, ice hockey is very popular here, so I know I’m exactly where I need to be,” he concluded humorously.

To find out more about Stanton Chase Nashville, click here.