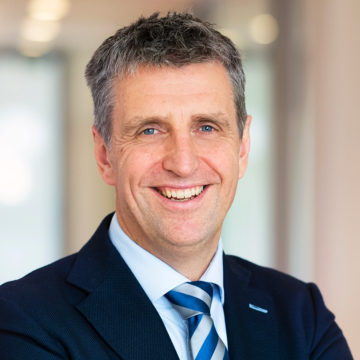 This month, Stanton Chase Amsterdam hosted its yearly CHRO event. More than 60 HR leaders were invited to join us in a discussion about the future of work and leadership in the new normal, the role of culture and values, and the impact of digitalization and remote work.

Opening presentation by Maarten Huntjens: Digitalization and leadership in 2021

Huntjens’ opening presentation covered digitalization trends in 2021 and what leadership style is required in the new normal.

Instituted lockdown measures have forced organizations and individuals to accelerate their digitalization. This has affected everyone from enterprises and their employees, schools and their students, hospitals and their patients, etc.

The changed business environment requires people to connect seamlessly, regardless of their location, situation, or context. The role of business managers fully depends on the ability to inspire their teams and read the signals of those who are less outspoken or who may be stressed while individuals in a remote context are encouraged and even required to be self-driven, motivated, and accountable.

Organizational culture is critical as emotional connection and commitment to people cannot be replaced with digitalization, automation, or robots. While knowledge can be obtained by everyone who wants it, culture unites organizations and creates energy, engagement, and attraction and needs to be created, developed, and lived.

Opening presentation by Hans Schnitzler: Using technology is all about ethics

Schnitzler’s presentation focused on the philosophical aspects of technology, particularly the touchpoints with morality and ethics. He began with a striking example on the “why” of technology. The reason we use our phones to take pictures is to be closer to our moments that matter. Yet by planting our phones in between ourselves and the event we want to record, we are actually physically distancing ourselves rather than connecting.

Nonetheless, Hans argued, using technology is a natural preoccupation for us; we need our instruments to mask and compensate for our innate deficiencies. However, the technology medium can also actually become the message: the medium itself — its character — decides our involvement in how and what we value.

According to Microsoft’s scientific research, the average attention span of human beings has dropped from 12 to 8 seconds in the past 15 years. Even the average goldfish is able to focus for 9 seconds. Of course, this presents a huge challenge to the field of human resources: how can one stimulate a resource that is being increasingly exhausted?

Consequently, Hans argued, technologies are charged with morality, sometimes implicitly and sometimes explicitly. In other words, they give direction to what we think is valuable and meaningful in life. Therefore, using technology is a moral act that should be performed with a strong sense of responsibility.

After these thought-provoking presentations, guests were divided into four individual breakout rooms, where discussions were led by Maarten, Hans, Inca, and Tjahny.

Breakouts on the theme “How does the future of work affect values and culture?”

One group discussed how culture and values are becoming increasingly important given that the challenge is a gap between different generations in the workplace that seemingly operate in much closer proximity to each other now than in the past.

An important question arose on the topic of how to operationalize this culture and behaviors. This could be solved through internalization, constant communications, repetitive behavior, and attitude. Values and identity are thus interlinked.

Another group delved deeper into how the role of culture and the values ​​of organizations and individual employees receives is receiving more and more attention. It was agreed that technology can be an enabler of culture. The famous quote “Culture eats strategy for breakfast” gains even more relevance.

On the other hand, technological advancements can also form a barrier between people. Exemplary behavior that is essential for propagating culture and values ​​becomes more difficult to share and experience. Digital value ​​solutions can vary in effectiveness. For example, “digital medals” or awards work well for some cultures while they’re not as effective in others. It seems that digitalization can support the basic layers but not the fine lines of an organization’s culture. Trust, an emphasis on feeling safe, and direct attention from the top are important factors to ease and work through these cultural differences.

Breakouts on the theme of “Remote working is here to stay”

One group found that despite remote work requirements and corresponding challenges, productivity remains high. However, efficiency is lower since all interaction requires scheduling with no room for spontaneous coffee-corner exchanges. This is (partly) compensated for by long on-screen working hours. The physical working environment will evolve to a place of gathering, like a campus where corporate culture and a sense of belonging are created and reinforced.

Since no peer or leadership pressures to work in the office are expected, individuals will gain increased freedom, trust, and responsibility. Due to monotonous online work settings and long hours, a concern for the future is wellness and well-being that will require more attention from senior management.

The other group reminded us that despite the new COVID-19 measures and adaptations, around 40% of the working population never changed their way of working. However, the increased and sometimes forced digitalization urges organizations to train their leadership on how to address and engage in personal issues.

A new leadership style with a focus on people is required. Instead of people coming to work, work comes home, which can lead to more personal issues. Therefore, leaders need to know how to (re)act when employees come forward with complaints about their well-being. There is a counter trend of distancing oneself from digital tools, and a luxury not to have a mobile phone.

A worry for the future seems to include the question on how the “new normal” or hybrid models will function and how to ensure teams stay connected. Technological advancements could also create setbacks; for instance, one of the greatest achievements of the previous century was the creation of a 40-hour work week. With digitalization, working hours have become blurrier and oftentimes longer than before, which may have a negative effect on fundamental human rights.

Stef Oud is a Partner with Stanton Chase Amsterdam. He focuses on the professional services industry and works closely with other Stanton Chase offices around the world to cover executive search for a broad range of organizations in this industry.