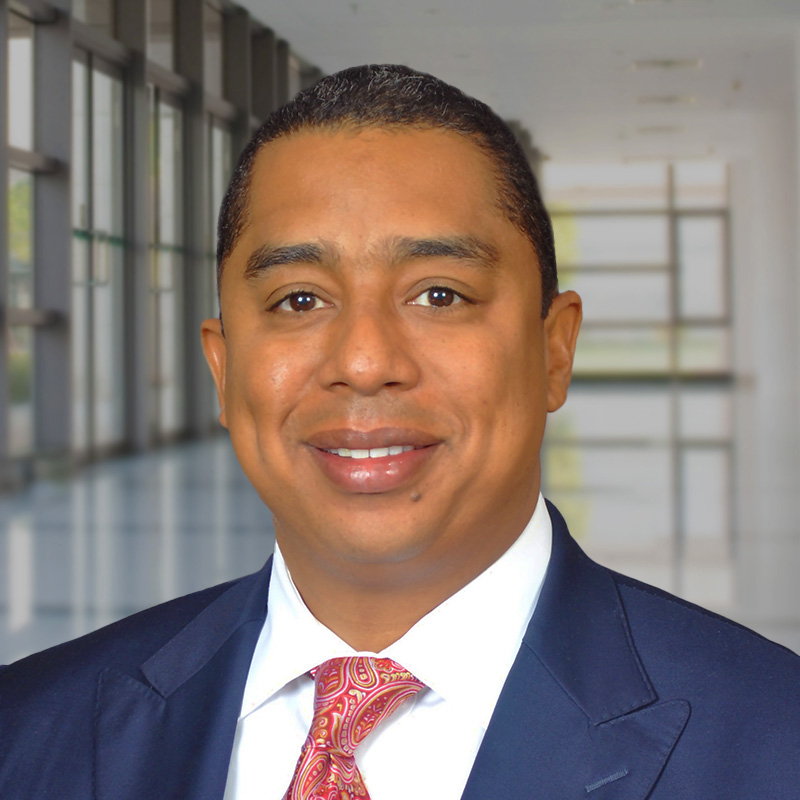 Jay Roberson is an Advisory Director for the Birmingham office of Stanton Chase and Vice President for The World Games 2022. A native of Birmingham, AL, Jay is viewed as one of the brightest upcoming sports executives. He has over 20 years of experience working in sports.

Jay built his professional and political careers working for a professional football team as President of the Birmingham Iron, Collegiate Athletics Administration as a Senior Executive in Division I Athletics, Business Owner of a Sports Marketing/Management Company and serving on Birmingham City Council (2009-2018) as President Pro-Tempore. For 18 years, Jay’s company Top Ten Management, LLC has been responsible for managing sporting events, marketing, public policy for sports, business development and strategic partnerships with various organizations throughout the United States and internationally.

As a senior-level executive in collegiate athletics, Jay served as the Southwestern Athletic Conference’s Associate Commissioner (2002-2005) and Associate Director of Athletics at Samford University (2005-2013). At both of these well-known collegiate organizations, he developed product licensing programs, led fundraising efforts, and created strategic partnerships that created millions of dollars of revenue to support sports and its member institutions. A highlight was Jay’s groundbreaking negotiations with ESPN on a seven-year television deal to broadcast Historically Black Colleges football games on a national stage while at the SWAC.

With nearly 10 years in public office, Jay focused on enhancing the overall visual appearance of the city of Birmingham. He served as Secretary of the Birmingham Jefferson Civic Complex Board and was a key player in negotiations for the development of the Protective Stadium in Birmingham. He also led the drive for development as a City Councilor to eliminate a food dessert in southwest Birmingham by negotiating a commercial shopping center that now features the largest Publix Supermarket in the metropolitan area.

Jay has served on several prestigious boards including The Greater Birmingham Convention and Visitors Board (2012-2018), the Birmingham-Jefferson Convention Complex Board (2012-2018), the A.G. Gaston Boys and Club Board of Directors (2011-current), and Lakeshore Foundation – United States Olympic & Paralympic National Advisory Council (2021-2023). He received an athletics scholarship in football to Middle Tennessee State University in 1991. He transferred to Alabama A&M University, where he earned his bachelor of arts in telecommunications in 1996. Jay was an all-conference quarterback for the Bulldogs from 1992-1994. He received his master of science in hospitality management with a sport hospitality concentration in 2021 from the University of Alabama. Jay and his wife, Niva (Cheerleading Coach), have three children: Lia (Lipscomb University Basketball – UAB), Tre (USAFA Football), and Ava (seventh-grade basketball and volleyball).