Cultivating leadership with sincerity and character 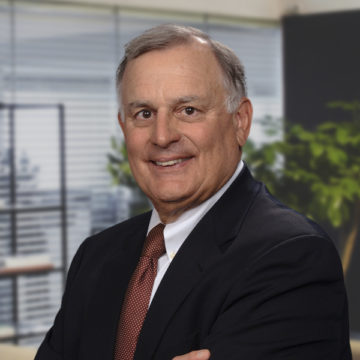 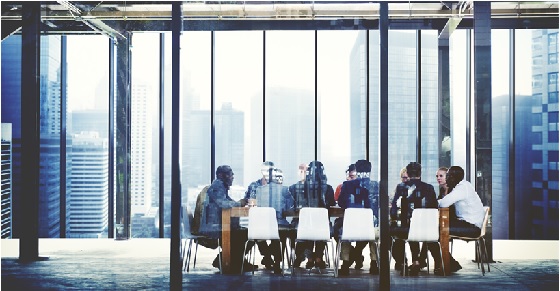 Thousands of books and speeches address the concept of leadership, how it is defined and demonstrated.

As executive search consultants, our goal is to unearth the corporate leaders who will guide companies into the future. With more than 21 years in the business, there is one thing I’ve learned: leaders can appear timid and unassuming and others are more verbose and “in your face”.

But there are numerous common denominators as we look for leaders in the corporate realm. Some of the across-the-board characteristics include:

4.    A recognition that a reputation can be ruined in a second, never to be recovered

5.    An ability to identify goals and ways to reach them, not just personally but for all stakeholders

6.    Respect for each and every one in an organization

Two quotes that encapsulate the essence of leadership are highlighted below:

“Nearly all men can stand adversity, but if you want to test a man’s character, give him power.” –Abraham Lincoln

“Leadership is the art of getting someone else to do something you want done because he wants to do it.” –Dwight D. Eisenhower

Both of these leaders were placed in extremely difficult situations. Lincoln was charged with preserving the Union and did that with a quiet form of leadership. He never wavered, keeping calm as others panicked. Lincoln recognized that many of his individual decisions may not have been popular, but they were consistent with the government’s overall goal. He invited the opinions of rivals and supporters. But he ultimately made a decision, shouldered the burden if it failed, and gave kudos to others when it was successful.

Likewise, Eisenhower was faced with what appeared to be the impossible task of sending thousands of soldiers to the beaches of France to rid the world of an evil force.  He infused in his troops the importance of the mission and vision to which their actions contributed. Common pictures of “Ike” showed him as an inspiration by walking among the young soldiers.

It is unlikely that any of us will ever be faced with the challenges of these two men, but like them our goal should always be to convey a sense of confidence in those we are privileged to lead. Leaders cannot take a day off. They are always on display and can be toppled in an instant as we’ve seen with politicians, religious leaders, sports figures and corporate executives.

If you accept a position of leadership, that is your identity, both while you are working and on personal time.  That standard must be in place whether you’re a Little League coach, a mid-level manager, or a CEO.

In our role as head-hunters we frequently test candidates with some unusual strategies. For example:

1.    We may take a candidate out to play golf to see if he/she cheats.

2.    We may let them drive to an appointment to see if they exhibit road rage.

3.    We may take them to lunch to see how they treat service personnel at a restaurant

These provide glimpses into their character, which really is the key ingredient to strong leadership.

So, the following are some of the things we try to determine among candidates:

1.    Attitude.  As Lou Holtz said, “attitude is the only thing that you have that is 100% within your control every day — have a good one.”  There is absolutely no benefit to a bad or negative attitude. A positive attitude is infectious.

2.    Honesty and candor. Great ideas come from candor. If people believe that you as a leader want candor, and you are willing to listen to others, be open with them, and accept what you hear, you can really take advantage of people’s talents. Truth wins.

3.    Respect. Respect everyone; every job has an important role (if not, get rid of it).  People are good; people want to do the right things; trust people.

4.    Leadership rather than management. You manage things and lead people. Leaders have many different types of personalities. What great leaders have in common, however, is getting people to follow them who are not motivated by fear or intimidation; they simply don’t want to let their leader down.

But as discussed earlier, one cannot talk about leadership without talking about character. In short, character matters and it’s about doing the right things when no one is watching. It can’t be faked, it must be sincere. Many say that “leaders are born.” Not true. It takes practice, adopting the proper habits, and exercising these practices to the point where they become natural.

Here are some of the actions we look for in today’s leaders:

4.    Invest in a relationship

5.    Congratulate and thank someone

7.    Connect someone to your vision, goals, and priorities

So, where are we on this journey toward either identifying or becoming a leader? There is not a specific road map. Nor is there a specific personality, temperament, or experiential background. Keep in mind that until he became president, Lincoln’s political career could have been regarded as a failure, yet he became one of the greatest presidents in history. Some are able to rise to the occasion. Conversely, those with a history of strong leadership roles may fail when a major challenge presents itself, or they lose sight of character or honesty or ethics.

While hardly a crap shoot, identifying leaders depends on many factors, and sometimes it’s an educated “gut feeling”. As search consultants, we’re hired to “just know.”

Steve Watson is the Managing Director of the Stanton Chase Dallas office, and previously served as International Chairman.   Stanton Chase is a global retained executive search firm with over 70 offices in 45 countries. Steve can be reached at [email protected]

•     Homework – know the data; know the business; get both sides; be prepared